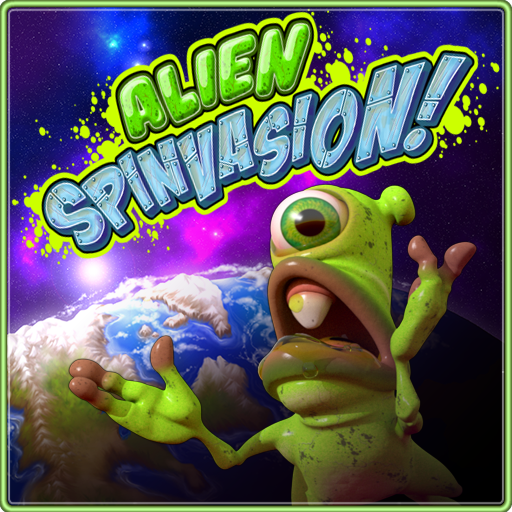 4.2 out of 5 stars.
Log in to rate the game
Look to skies and brace for attack in Alien Spinvasion, Rival's latest 5 reel slot. The Army General has his finger on the Button, ready to retaliate against the menacing Alien Spacecraft. Icons include an Alien Egg that's ready to hatch, a deadly Ray Gun, a Meteor on a collision course, a speeding Rocket, and the planet Earth. Other icons include the slimy, mutated 9, 10, Jack, Queen, King, and Ace.

The Alien icon is a Sticky Wild!
Watch for the Army General to appear onscreen - he triggers the Free Spin Round! During Free Spins all icons become Drop Icons!