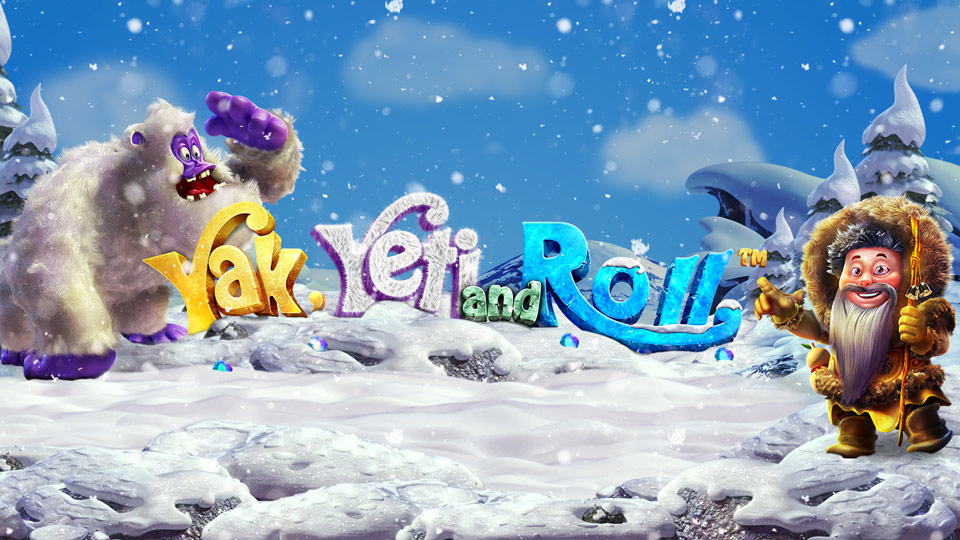 4.8 out of 5 stars.
Log in to rate the game
Take to the tundra with two wacky companions in Yak, Yeti & Roll - the winter-themed, 5x3 cascading slot game where the next win is just a snowdrift away. Built around Betsoft’s proprietary ‘trail system,’ Yak, Yeti & Roll sees an eccentric Inuit inventor and his faithful yeti sidekick forging a steady path across the icy plains of the Arctic. But while the reels are packed with standard seasonal symbols – like igloos and yetis, Yak the Eskimo has redesigned the traditional reindeer-driven sled to traverse the snow in style. From his perch he points the way, while his Yeti pal uses pedal power to propel them forwards.

Every time a cascade triggers, the spiked wheels of the snowmobile gain traction, and the unlikely pair advance even further along the trail, unearthing frozen treasures as they go. These range from instant payouts to cumulative multipliers that apply to the next cascade win. Free spins is where the payouts really start to snowball; players can pile up huge reserves of free spins, add free-spin-specific multipliers to these, and then also apply cascade multipliers to quickly turn a small win into an earth-shaking avalanche!
Log in and review this game Share your thoughts with other players